So on my trip today to my local whole foods grocer, The Manna Grocery Store & Deli, in Tuscaloosa, I found something I have been studying recently and had been longing to try: Fennel Seeds to make Fennel Tea! The following is a brief overview of the fennel plant and its benefits to your health.

Fennel (Foeniculum vulgare) is  a plant species in the genus Foeniculum. It is a hardy, herb, with yellow flowers and feathery leaves. It is indigenous to the shores of the Mediterranean but has become widely naturalized in many parts of the world, especially on dry soils near the sea-coast and on riverbanks. It is a highly aromatic and flavorful herb with culinary and medicinal uses (Wikipedia).

The plant has a licorice-flavor, and is a member of the parsley family.  One benefit to fennel is that one cup contains almost 20 percent of your recommended daily value of vitamin C. Most fennel available in American markets is grown in California. The type you’ll find, called Florence, or bulb, fennel has a bulbous base, with stalks like celery, and feathery leaves. Like celery, the entire plant is edible. The crisp and slightly sweet bulb is especially delicious served raw in salads or if braised, sautéed, roasted, or grilled, the bulb mellows and softens with cooking. When picking fennel look for bulbs that are small, white, heavy, firm, and free of  cracks, browning, or moist areas. The stalks should be crisp, with feathery, bright-green fronds. Wrapped in plastic, fennel keeps for just a few days in the refrigerator; the flavor fades as it dries out. Use fennel stalks in anything you would use celery in, such as soups and stews, or even as a “bed” for roasted chicken or meats. The fronds can be used as a garnish, or chopped and cooked in sauces, making sure to add it late into the cooking process so not to dilute the natural flavor of the plant (Discovering Fennel).

Fennel seeds, however, don’t come from bulb fennel but from common, or wild, fennel. The seeds are slightly nutty, with the expected licorice flavor, and are widely used in sausages, stews, soups, and curries. Another common use of the fennel seed is to make a delicious, and very beneficial tea (enjoying a cup as I type this!). Just a teaspoon of fennel seeds in a tea strainer, steeped for approximately 10 minutes can do a host of great benefits for the entire body, especially your tummy! 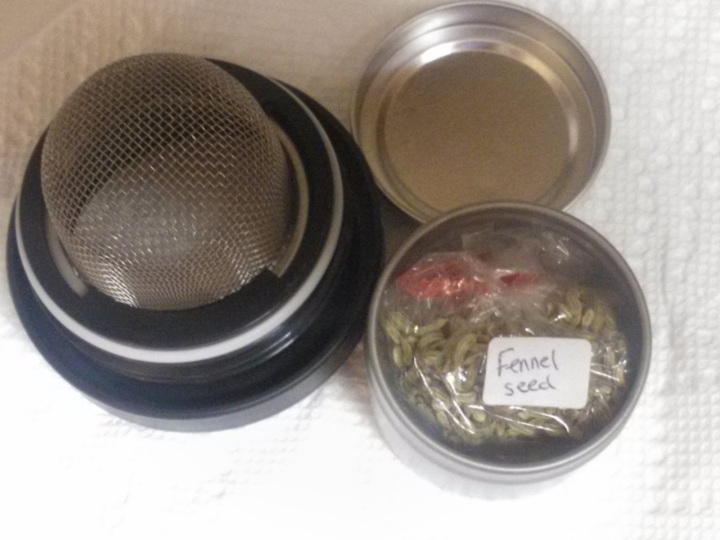 The list of medicinal benefits and uses of fennel and fennel tea are as follows:

Fennel seeds can be purchased at your local organic, natural, or  whole food grocer or farmer’s market. Holding my cup of fennel tea in the air, here’s a *virtual toast* to your health! Cheers! Happy sipping! 🙂