So in talking with my personal training colleague at work one day, he said something to me that really hit home for me as trainer, amateur athlete, and newly certified USA Track & Field Level 1 Running Coach. He basically told me that I needed to create an annual plan for myself. Something I had been learning about in preparation for coaching track & field athletes, yet failed to apply it to my own personal training for the athletic activities I  participate and compete in myself.

Failing to Plan, is Planning to Fail!

So in taking his words into consideration, I realized I had been doing just that. Having newly stepped into the realm of endurance running and amateur fitness competitions (female bodybuilding) this past year, I soon learned that to train for and prepare for either sport has to meet fine tuned strategic timelines and cannot if possible be trained for simultaneously.

In looking at the Periods of Training: Preparatory, Competition, and Transition at this very moment as I write this post I am in actually still in the Competition Period as I still have two more Endurance races ahead of me at the top of 2014. Once completed by early March, I go into my Transition Period, where I begin to transition how I train my body from endurance racing to fitness competitions (female bodybuilding). The first competition for that sport begins in mid to late May and runs until about late August.

My Endurance Running Macrocycle for 2014:

My Figure Competition Macrocycle for 2014:

Preparatory Period: March to May

Competition Period: May to August

I won’t go into specific training schedules and workouts here in my blog, as I teach and train clients for a living and prefer not to give out workouts in my blog. However, a general over view of making the “Macro” plan “Micro” is just that. Creating a time line of scheduled training sessions for myself outlined in each of the four phases of training: Developing the Mesocycle!

General Phase: this is my prep period where I put myself on a general training regimen. During the general phase for my bodybuilding (fitness competition) prep my training is focused more on building and maintaining muscle mass. During this same phase for endurance running prep, I focus on maintaining stamina, through base building, short runs on hills or longer runs on a combination of flats and hills along with total body strength training and flexibility work.

Specific Phase: in my specific training phase, the focus is on building  lean mass in specific areas, but also on shredding and preparing my body for leaning out in the pre competition phase. For endurance running, specific training at this phase is focused speed and timing of my runs.

Precompetition Phase: Pre-competition phase for bodybuilding is my final cutting period, this is where nutrition is the defining factor between a good competition experience and a not so good competition experience. Food tapering is a word you will find me using a lot around this time in my training. Workouts are still intense but everything is dependent on diet at this point. Pre comp. phase for endurance running is a lot of yoga,my runs shorten to non-existent to rest and reserve energy for the big day, strength training takes precedence over a run in the preliminary days before a big race as well as a lot of yoga stretches.

Competition Phase: Exactly what its called. Its the point in time where final prep work is completed and its show or race time! Time in between competitions or races is spent on improving and maintaining competition conditioning. 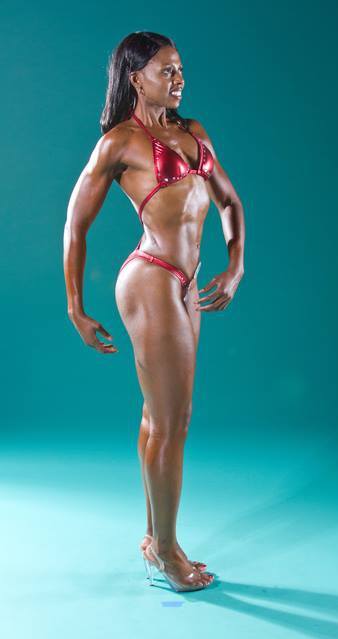